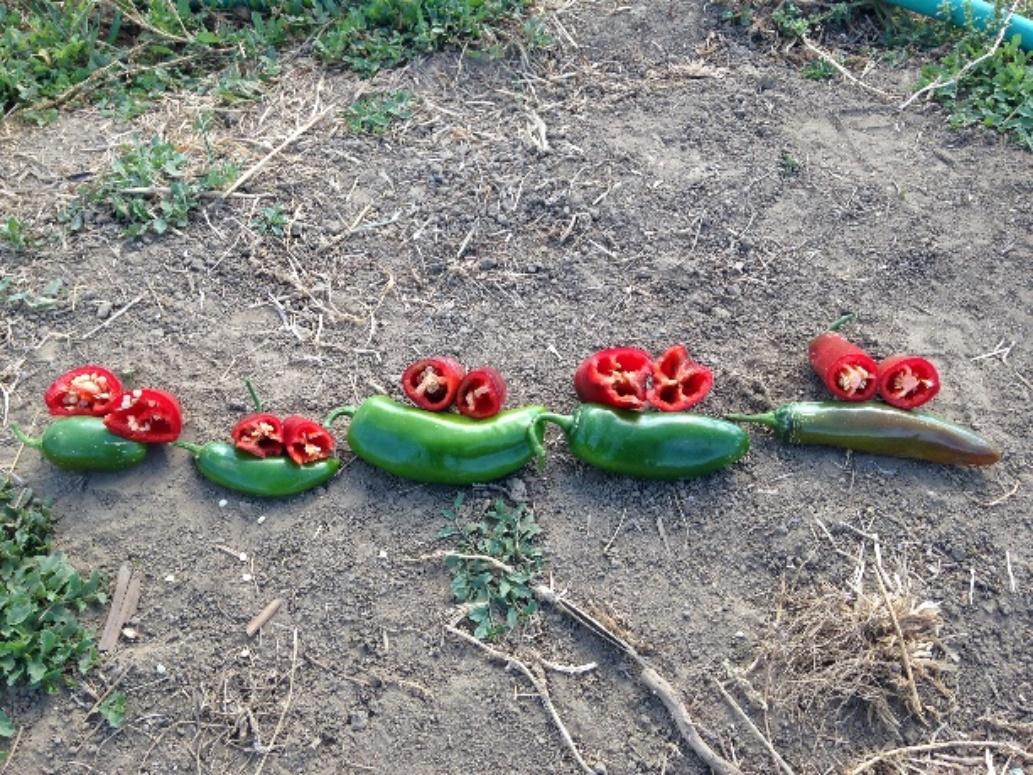 The Pepper Team has two main breeding projects focusing on jalapeño and bell peppers. The goals for jalapeño peppers are breeding for fruit size and shapes that are preferred for making jalapeño popper dishes. The project goal for bell pepper is breeding for sunscald tolerance, with comparable yield, fruit color and pungency as varieties that are used in California organic farms.

In jalapeño field trials, two lines generated large fruit, with yield comparable to local varieties. For both lines, there is still some variation within the line for fruit size and shape, but it is within a small range.
In bell pepper field trials one line has decreased sunscald due to the lateness of flowering and fruiting. This may be a good late season variety to complement the market, and may benefit organic markets or home gardens. This could also be a good variety for low temperature areas in California.

This project was initiated in 2012 in the Student Farm with current Ph.D. student Jorge Berny, Raoul Adamchak, Ildi Carlisle-Cummins and Anne Bossange, making initial crosses and planting on small trials for population advancement and selection. Students Saarah Kuzay, Nidhi Solanki, and Glenda Li have also been a big part of the breeding efforts. This project demonstrated that students can develop and conduct a breeding project, that the collaboration with the Student Farm is effective and can be expanded to other projects. The Van Deynze lab also has been creating multiple parental populations for jalapeños and for large blocky types joining the student farm efforts. The lab also has significant breeding resources such as doubled haploids, genetic populations and genomic (non-transgenic) resources for pepper breeding to support this project and program (http://sbc.ucdabos.edu). The OREI project is allowing to expand the pepper project in size and goals, as well as the number of students involved.

As market for organic of peppers increases, current cultivars bred for these there has been a lack of effort towards developing cultivars that can produce under these specific production systems.

Damage due to sensitivity to sun exposure has been the most important factor reducing quality and marketability on the Student Farm and other farms in sunny California. There has not been much research, much less variety development regarding this issue. There are some cultivars of different pepper types that have paler immature fruit color that withstand sunburn that can be used as a source of variation to develop better bell peppers. 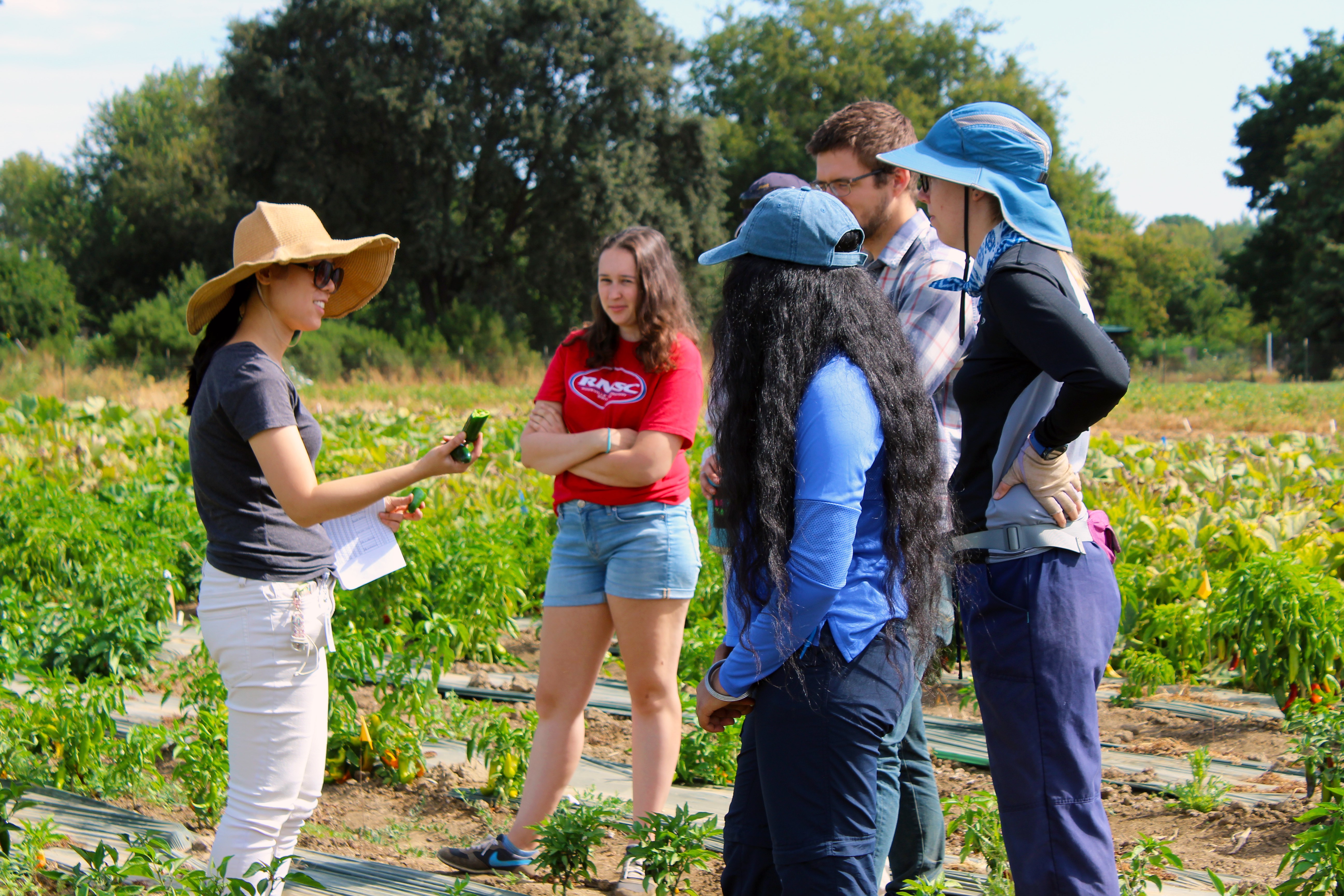 Jalapeño peppers are usually consumed as fresh and pickled, but Jalapeño “poppers” as a specialty type are gaining ground in the marketplace. The fruits have to be larger and with more cavity volume. Mainstream cultivars can be highly productive and with large fruits, but do not have large cavities and are certainly not bred for organic production practices.

Breeding methods: crossing high yielding good quality Jalapeños with leading varieties of peppers of larger size that have performed well under organic production, with subsequent selections and backcrosses in families and plants within family.